As a manager one of my pet peeves when trying to help a team member was when they would say “ I did that”. AARRRGGHHH! No YOU DIDN’T, if you did we would not be having this conversation. RIGHT?!

Now that I coach managers guess what annoys them? “I did that” coming from their reps.

You know what I am talking about. It’s when your salesperson misses a sale and you try to help them by reviewing what went down (or in this case didn’t go down) and to everything you say, they say “Yah, I did that” uh huh…I did that”

Eventually you just say… well clearly you have done everything, you don’t need me! When in reality, if they had effectively done what you are trying to convey, they would of received a different result. 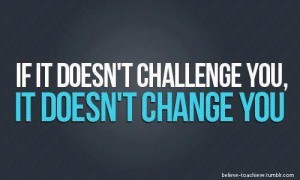 SO, let me set a few things straight here, chances are really good that they truly believe that they actually did what you are telling them to do. Let me give you an example: I used to manage a sales organization that used AIphones (think intercoms or monitors) the sales rep would have the guest sign a “consent to monitor form” a lot like when we call a business and they say “Your call may be monitored for quality assurance” same idea. So, I would listen to the sales consultations going on and take notes so I could support the sales rep. I remember one instance really clearly, I had a sales rep named Kathy come ripping into my office asking me “what do I do now? did you hear what he said, he isn’t buying anything,!” etc…

Me: “Ask him A B and C and then reply with X,Y,Z”
Kathy: “I did that!”
Me: Um…no you didn’t.
Kathy: YES, I did.
Me: I am listening to you and taking notes, NO YOU DIDN’T.
Kathy: I totally did, I said “A B and C”
Me: Kathy, I have been sitting here, listening to you and taking notes. You didn’t ok? If you had done it AND done it effectively, there is NO WAY you would be receiving this outcome.

Sound Familiar? So what is the solution?